High School Students - Who They Are and What They Want

A 2018 study found that the immediate college enrollment rate of graduating high school students was about 69%, with 44% of graduates enrolling in 4-year institutions and 26% enrolling in 2-year schools.

High school graduation is expected to peak in 2025 and begin a decline over the next decade. As the number of high school students decreases, successful college recruitment will require serving the needs of the demographics that are increasing, such as first-generation, low-income, or Hispanic students.

To provide for the unique needs and interests of this shrinking and changing pool of high school students, it is critical to understand how student’s goals and needs vary among different demographic and psychographic profiles.

This whitepaper analyzes proprietary data from over 18,000 high school students on Bold.org and from recent leading studies to guide your outreach strategy and increase your enrollment.

The racial makeup of schools is rapidly changing, as the share of white students decreases while the number of minority students, particularly Asian and Hispanic students, increases.

Private schools demonstrate less racial diversity, with 69% of private primary and secondary students being white in 2015. Only 9% of private elementary and high school students were Black, 10% were Hispanic, and 6% were Asian.

Only 8% of white students attend a high-poverty school as compared to 45% of Black and Hispanic students, 41% of American Indian/Alaska Native students, and 15% of Asian students.

While high school enrollment hasn’t significantly changed in recent years, graduation rates have increased. In 2007 only 83.9% of 18-to-24-year-olds had graduated high school, as compared to 87.5% in 2017.

Part of the reason for this general growth is the substantial increase in the number of Hispanic graduates, which was 67.4% in 2007 but grew to 82% in 2017. This increase in graduating students demonstrates potential enrollment growth for college campuses as more students are able to apply.

‍
However, COVID-19 has had a dramatic impact on college enrollment, particularly among low-income students. Enrollment of low-income high school graduates decreased by 29.2% during the pandemic, while enrollment only fell by 16.9% for students from higher-income backgrounds.

Community colleges suffered the most pronounced decline during the pandemic, with enrollment of low-income students decreasing by 37.1%.

Research experience - who has it?

Race was shown to be an important factor in the research experience, or lack thereof, of the students surveyed.

For Asian, Hispanic or Latino, and Middle Eastern students, the category with the highest amount of research experience was the opposite: students who are non-first-generation and non-low-income.

Across every racial group, the category of first-generation, non-low-income students was the category with the highest or second-highest percentage of job experience. The category of non-first-generation, non-low-income students had the lowest or second-lowest percentage of job experience across every racial group, and the other categories had more variation.

So, who is the most likely to have volunteer experience?

Volunteering can help students prepare for and gain admission to colleges. Volunteering gives students community service experience and demonstrates engagement, and it can also teach leadership and networking skills, helping students achieve success in college and in the job-market.

Standardized testing, who is more likely to succeed?

ACT scores have long shown gaps between students, with underserved students earning lower scores. Only 9% of students who are low-income, first-generation, and racial minorities demonstrate “strong readiness” for college based on their ACT performance.

This gap can partially be attributed to test-prep courses, or lack thereof. Many low-income students have less access to test-preparation services and many first-generation students may lack guidance from family members about preparing for the ACT, resulting in lower scores.

Short-term preparation for the ACT leads to an average of a 1.2 to 1.5 point increase in a student’s composite score. Longer-term preparation, such as high school coursework that aimed to prepare students for the test.

Students who received this type of long-term preparation showed even higher gains, making students gain an average of 2.5 to 5.8 points on their composite score. Students from low-income schools and communities are less likely to have access to this kind of preparatory coursework at their schools.

The lowest average SAT scores also follow the trends that the ACT scores show, with first-generation low-income students scoring the lowest. Within this category, the lowest scores were:

The SAT gap between wealthy and low-income students has been a longstanding issue. In 2014, the Washington Post reported that:

There are many reasons why lower-income students don’t score as highly as their higher-income peers. For example, students from wealthier families are more likely to have highly-educated parents. When SAT scores were averaged by parental education, a similar trend was found to that of familial income.

Part of the reason for the GPA discrepancy between students based on race is the resources and academic rigor of schools. Schools today are still largely segregated.

Instead, many BIPOC students attend low-income schools, which are often underfunded and underserved. For example, in 54 of 97 large cities, more than 80% of Black students attend schools where the majority of their peers are low-income.

When asked whether or not they expect to take out a loan, our high-school respondents showed vast variability across racial groups and first-generation, low-income categories.

The group with the highest number of students who expect to take out loans was white students who are first-generation but not low-income, at 83.8%. White and Asian students on average showed the highest expectation for needing loans.

How much do students expect to take out in loans?

In addition to considering whether or not they would need loans, students were also asked how much debt they expected to take on. Among Asian, Black, white, and Hispanic or Latino students, the category with the most responses was first-generation, low-income students who expect to take out $10,000 or less. Within this category:

How do education goals differ by race and financial status?

Across all the racial groups and categories, roughly the same amount of students plan on getting a Master’s degree as those who desire a doctoral degree.

Middle Eastern students are the exception as the high percentage of students planning to pursue a doctoral degree was significantly higher than the number of students desiring a master’s degree.

The least popular desired levels of education were generally trade school, high school, and then an associate’s degree. This shows that students, regardless of race, income status, or first-generation status, are planning on pursuing at least a four-year degree, possibly followed by graduate school.

The top fields of interest among students also showed significant trends and similarities.

In nearly every low-income, first-generation category across all racial groups, the top field of interest was psychology or business.

Music was a high-ranking choice for many racial groups, including Black, Hispanic or Latino, and Asian students, and it was the second-highest-ranking choice for white students, regardless of income status or first-generation status. Other popular fields of interest include art, history, biology, mathematics, Spanish, and writing.

Majors of interest among student groups

How do students’ career goals compare?

There are noticeable similarities among the responses from low-income students and first-generation students, with medicine being the top response for both. Additionally, careers such as creative director and engineering were popular among both groups.

There are also similarities between the goals of non-low-income students and non-first-generation students, with law, company founding, fire, and medicine being among the popular responses.

While students of different races and different income and first-generation status share many similarities in education goals, fields of interests, and loan expectancies, they all have different needs. First-generation students often have fewer resources when applying to college since parents are likely unfamiliar with the process.

Additionally, low-income students may have different high school experiences than students from high-income schools, which may have smaller class sizes, more AP classes offered, and other resources provided.

Furthermore, as discussed above, being first-generation and/or low-income may make students more likely to have lower test scores and GPAs, and race can also be a factor as Asian students demonstrate higher scores than other racial groups, such as Black students.

Considering the identities of the students you’re reaching out to as well as the unique challenges that come from being a minority student, first-generation, and/or low-income is essential to diversify your student body. Providing for the needs of students with different backgrounds benefits not only the students but your campus as well.There are currently 15.4 million students enrolled in high school in the United States, about 3.7 million of whom will be graduating at the end of the 2020-21 school year. 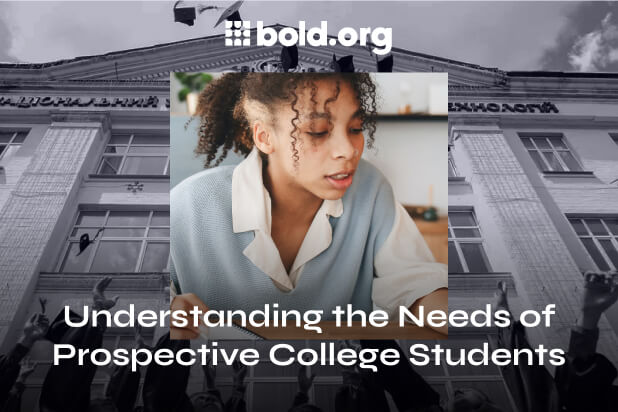 Dissecting the unique needs of prospective students so you can build a more effective enrollment strategy. 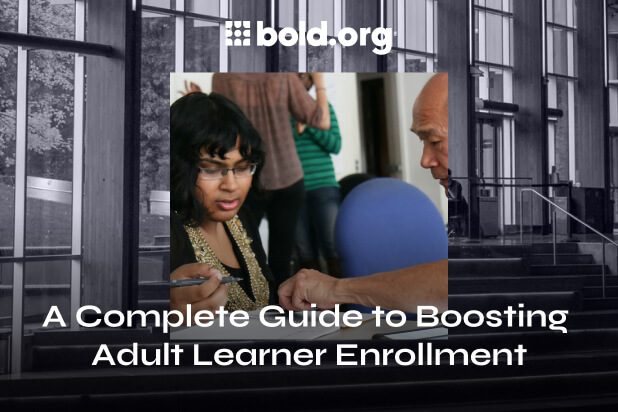